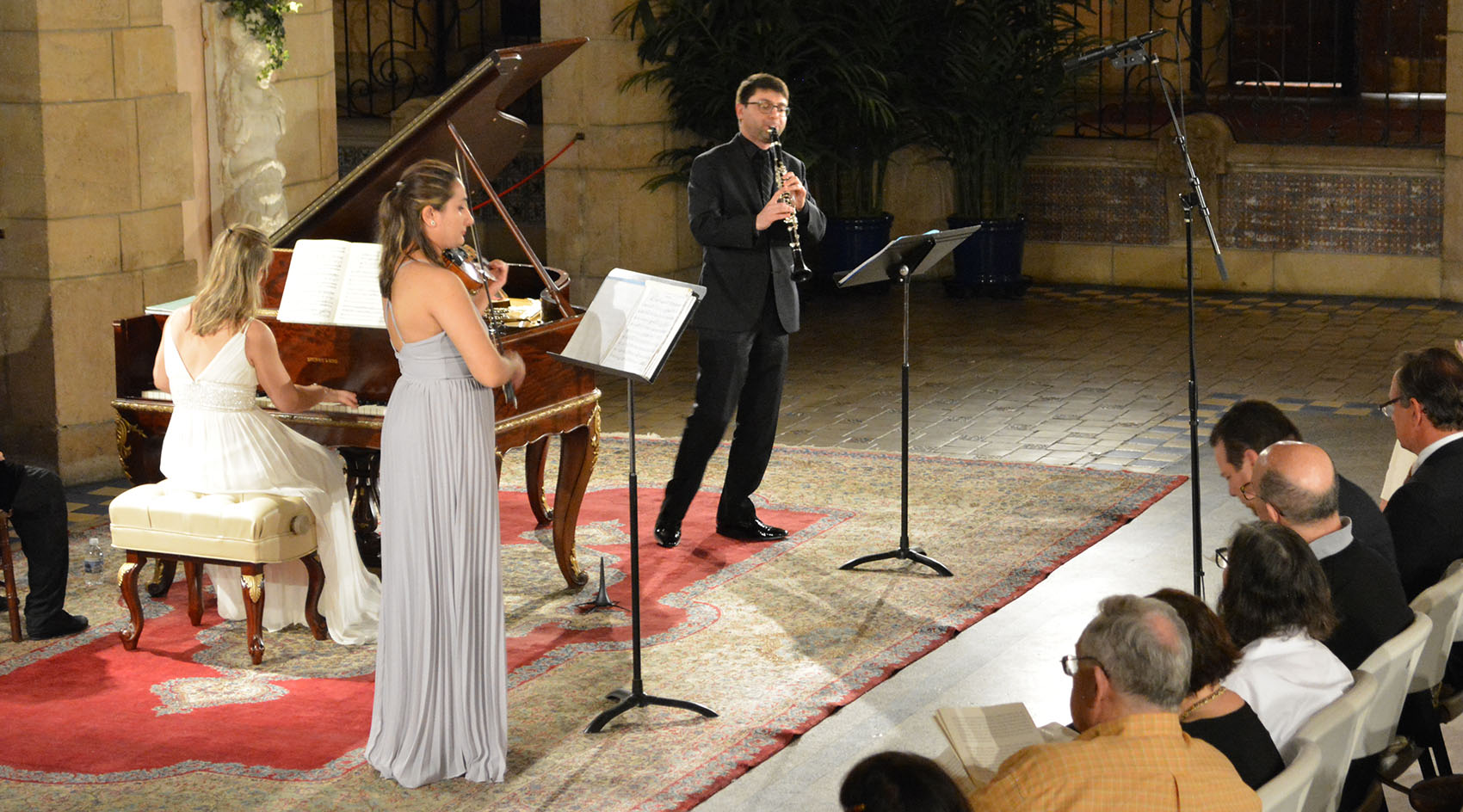 In celebration of the Museum's 60th Anniversary, the 2020 Music Series features concerts by the best of the best performers from series past: Ying Quartet (January 14), Aureole Trio (January 28), Euclid Quartet (February 11), American String Quartet (February 25), and Claremont Trio (March 10). Tickets are $70 per concert. A 2020 Music Series ticket for all five concerts is $300.

The association between the Flagler name and great music continues today in the form of the Flagler Museum Music Series, making it possible to experience chamber music, as it was intended, in the gracious and intimate setting of the Museum's West Room. Regularly featured on National Public Radio, the Flagler Museum Music Series features acclaimed musicians performing music composed prior to 1930 in what critics have described as the finest chamber music venue in South Florida. Audience members are treated to a rare opportunity to meet performers during a champagne & dessert reception following each concert.

2020 Music Series is sponsored by: 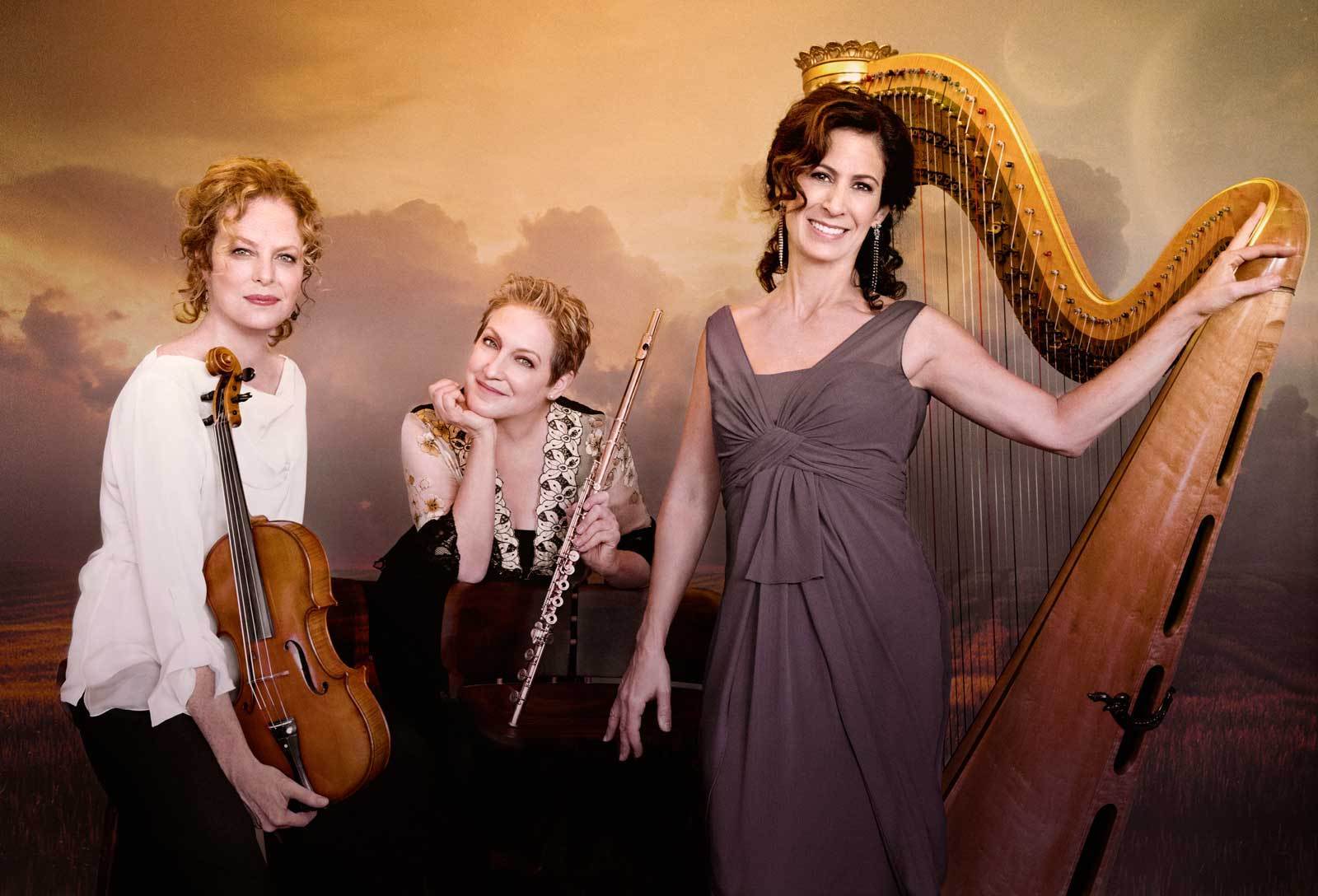 Aureole, the world-renowned chamber ensemble, has been delighting audiences with imaginative and ground-breaking programs for over 25 years. The sound of flute, viola, and harp conjures a landscape that can encompass the stillness and quiet of an impressionist sunset, and the wild abandon of a folk dance. It brings together the three essential timbres of an orchestra—wind, string and percussion— into a uniquely colorful and versatile chamber music ensemble. These consummate musicians, flutist Laura Gilbert, violist Mary Hammann, and harpist Stacey Shames, have a passionate desire to bring their remarkable repertoire—much of which they had a role in creating—to listeners throughout the world. With fourteen recordings in its discography, Aureole is the most widely recorded and best-known trio of its kind. Their yearly tours are a favorite of chamber music audiences, who have come to love and appreciate their dynamic artistry.

Aureole Trio first performed at the Flagler Museum in 2005.

"Aureole trio’s intoxicating blend of flute, viola and harp…gives a deep satisfaction that increases with repetition. The trio’s members play with effortless technique and a fine sensitivity to the music and to one another. Their performance is, as chamber music should be, like a conversation among friends."
- Washington Post 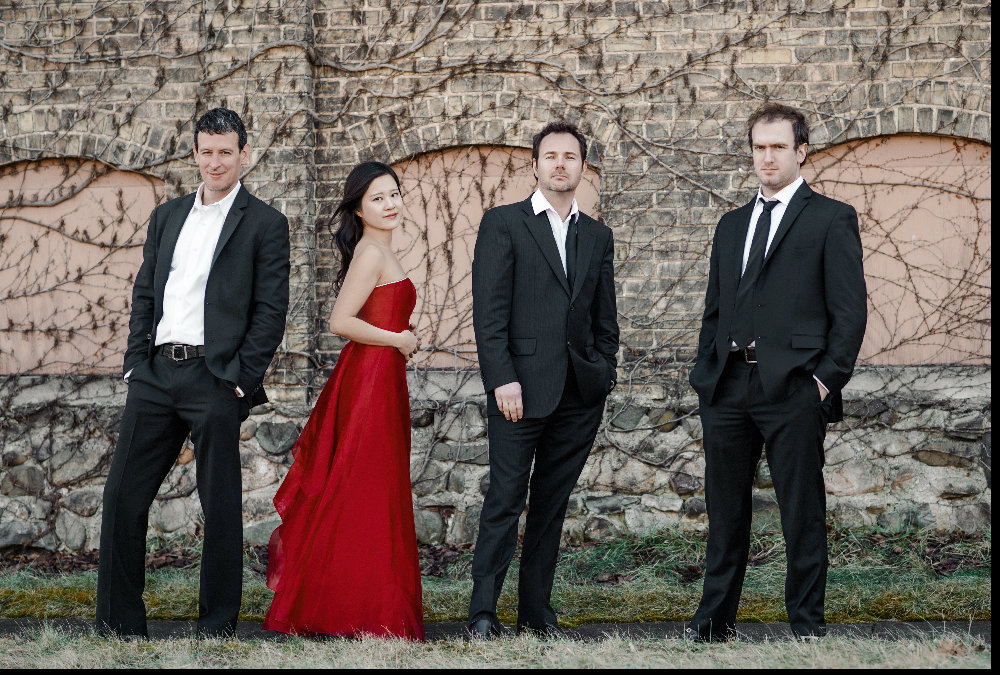 Celebrating its 18th anniversary season, the Euclid Quartet enjoys one of the most highly regarded reputations of any chamber ensemble of its generation, with its members’ constituting a multinational mix representing four continents: violinist Jameson Cooper (Great Britain), violinist Brendan Shea (United States), violist Luis Enrique Vargas (Venezuela), cellist Jacqueline Choi (South Korea). Captivating audiences and critics ranging from Carnegie Hall to school classrooms to radio and television broadcasts, the quartet consistently performs to enthusiastic acclaim throughout the country. Formed in Ohio in 1998, the Euclid Quartet takes its name from the famous Euclid Avenue in Cleveland, home to a wealth of renowned artistic and cultural institutions. Within three years, the ensemble was awarded the String Quartet Fellowship of the Aspen Music Festival, where it was invited to return for the subsequent summer’s concert season. The quartet was also invited to study with the Emerson String Quartet at the Carnegie Hall Professional Training Workshop.

Euclid Quartet first performed at the Flagler Museum in 2012.

"The Euclids played their hearts out for the full house attending their concert at the Flagler Museum."
- Palm Beach ArtsPaper 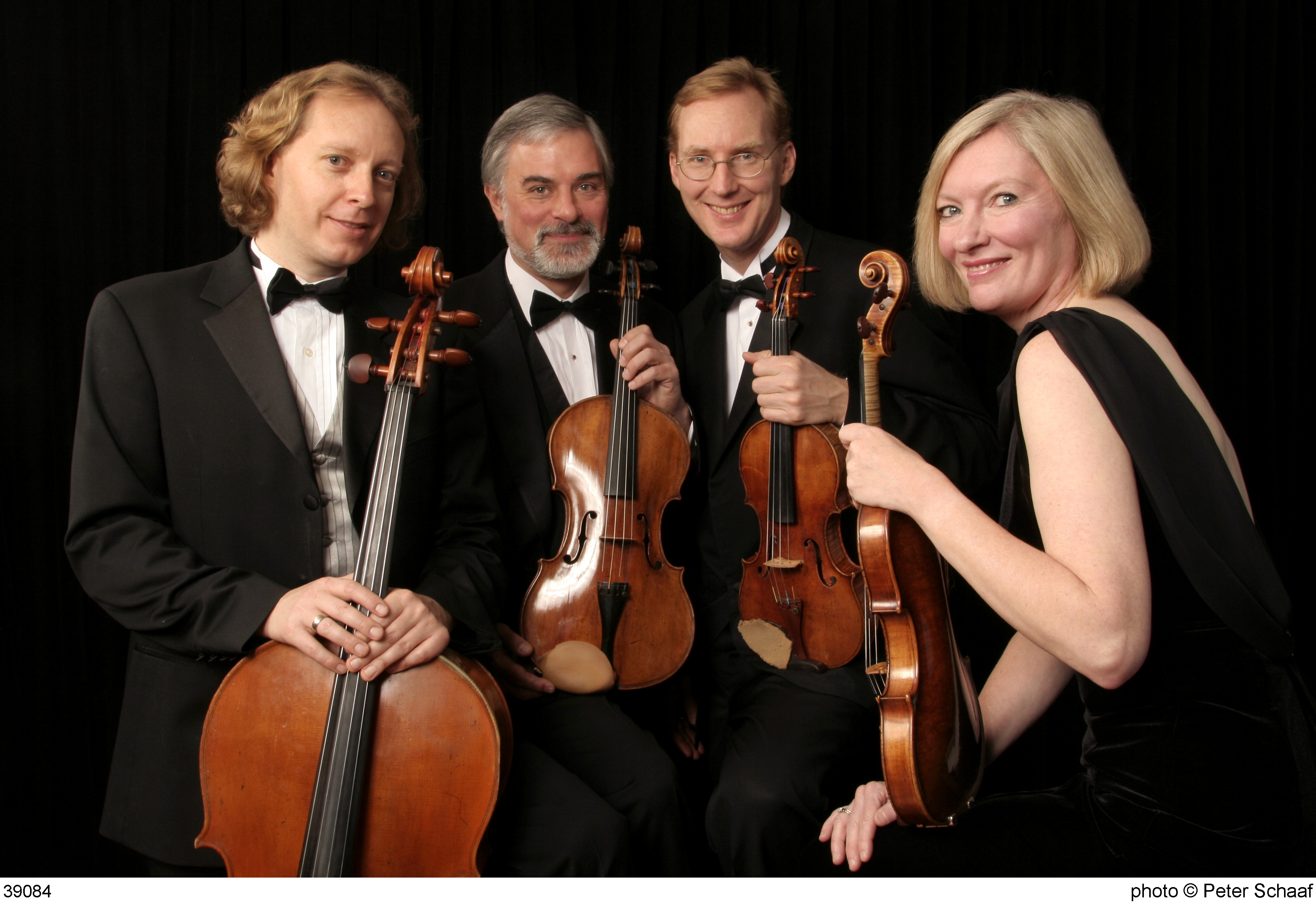 Internationally recognized as one of the world's finest quartets, the American String Quartet has spent decades honing the luxurious sound for which it is famous. The Quartet will celebrate its 45th anniversary in 2019, and, in its years of touring, has performed in all fifty states and has appeared in the most important concert halls worldwide. The group’s presentations of the complete quartets of Beethoven, Schubert, Schoenberg, Bartók, and Mozart have won widespread critical acclaim, and their MusicMasters Complete Mozart String Quartets, performed on a matched quartet set of instruments by Stradivarius, are widely considered to have set the standard for this repertoire. Formed when its original members were students at The Juilliard School, the American String Quartet’s career began with the group winning both the Coleman Competition and the Naumburg Award in the same year. Resident quartet at the Aspen Music Festival since 1974 and at the Manhattan School of Music in New York since 1984, the American has also served as resident quartet at the Taos School of Music, the Peabody Conservatory, and the Van Cliburn International Piano Competition.

American String Quartet first performed at the Flagler Museum in 2010. 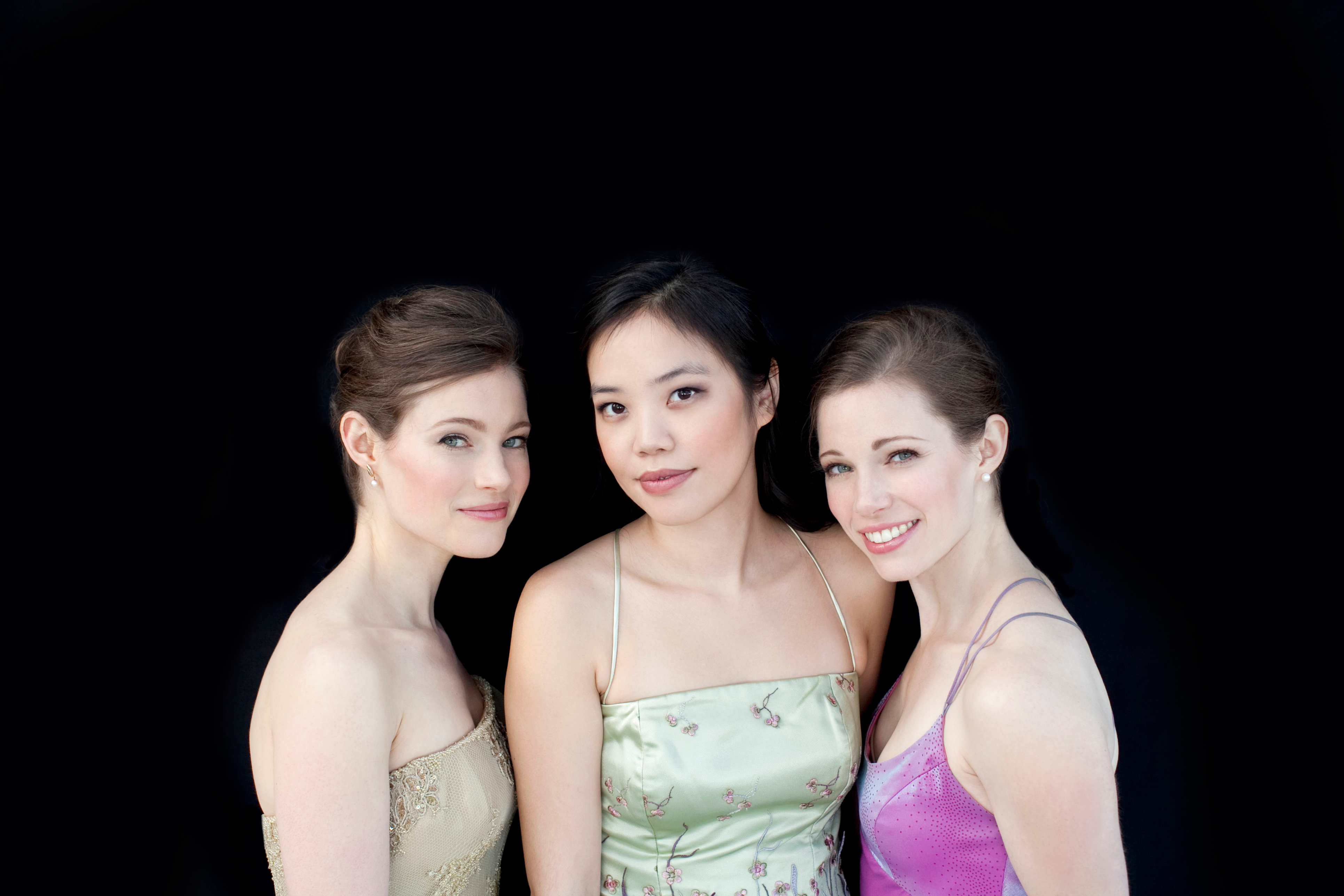 Lauded as “one of America’s finest young chamber groups” Strad Magazine, the Claremont Trio is sought after for its thrillingly virtuosic and richly communicative performances. First winners of the Kalichstein-Laredo-Robinson International Trio Award and the only piano trio ever to win the Young Concert Artists International Auditions, the Claremonts are consistently lauded for their "aesthetic maturity, interpretive depth, and exuberance" (Palm Beach Daily News).

Claremont Trio first performed at the Flagler Museum in 2007.

"The Claremont Trio achieved this blend of technical brilliance and subtlety with the ease of far more veteran ensembles than they, three young women still relatively fresh out of Juilliard."
- Palm Beach Daily News 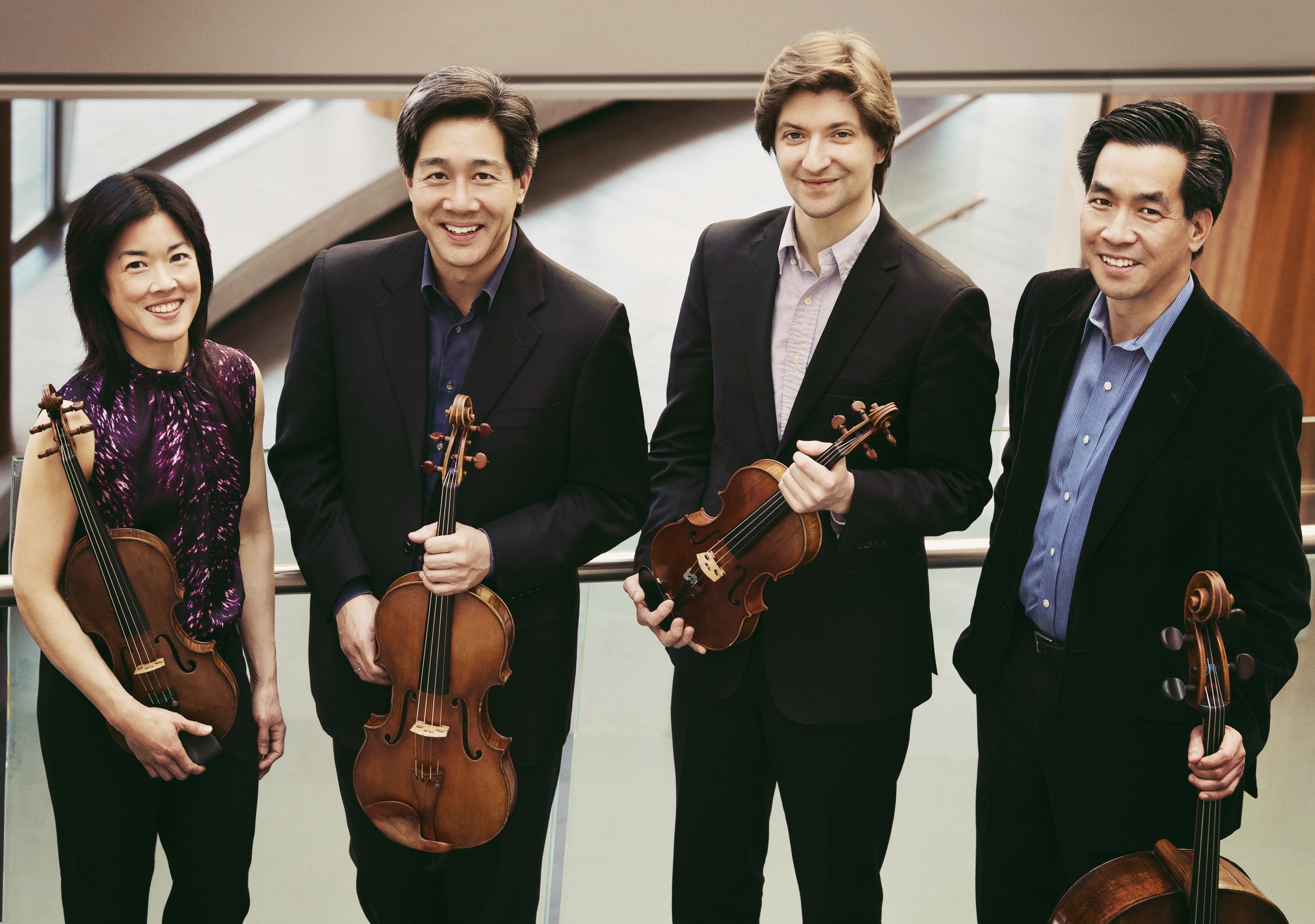 The Ying Quartet occupies a position of unique prominence in the classical music world, combining brilliantly communicative performances with a fearlessly imaginative view of chamber music in today's world. Now in its third decade, the Quartet has established itself as an ensemble of the highest musical qualifications. Their performances regularly take place in many of the world's most important concert halls; at the same time, the Quartet's belief that concert music can also be a meaningful part of everyday life has also drawn the foursome to perform in settings as diverse as the workplace, schools, juvenile prisons, and the White House. In fact, the Ying Quartet's constant quest to explore the creative possibilities of the string quartet has led it to an unusually diverse array of musical projects and interests. As quartet-in-residence at the prestigious Eastman School of Music in Rochester, NY, the Ying Quartet teaches in the string department and leads a rigorous, sequentially designed chamber music program. One cornerstone of chamber music activity at Eastman is the noted “Music for All” program, in which all students have the opportunity to perform in community settings beyond the concert hall. The Quartet is the ensemble-in-residence at the Bowdoin International Music Festival, and from 2001-2008 the members of the Ying Quartet were the Blodgett Artists-in-Residence at Harvard University.

Ying Quartet first performed at the Flagler Museum in 2011.

"The ensemble replicated the sounds of water."
- The New York Times